Travis is one of those characters who took on a life of his own after I created him.  I originally intended for him to be a menacing teenager who torments his younger brother and sister.  But that wasn’t meant to be.  Instead, he turned out to be a misunderstood young man who is a complete misfit in his family and in north Louisiana.  He represents much of how I felt as a teen.  There is a lot of me in him.  Marcus is the chief protagonist, but Travis became my favorite character.  I honestly think I could kill off Marcus before I could ever kill Travis!  There is much ahead for him, and I can see myself writing about him as a 40 year old man twenty-plus years from now. 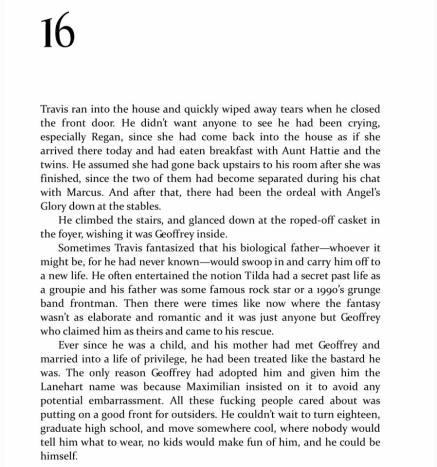